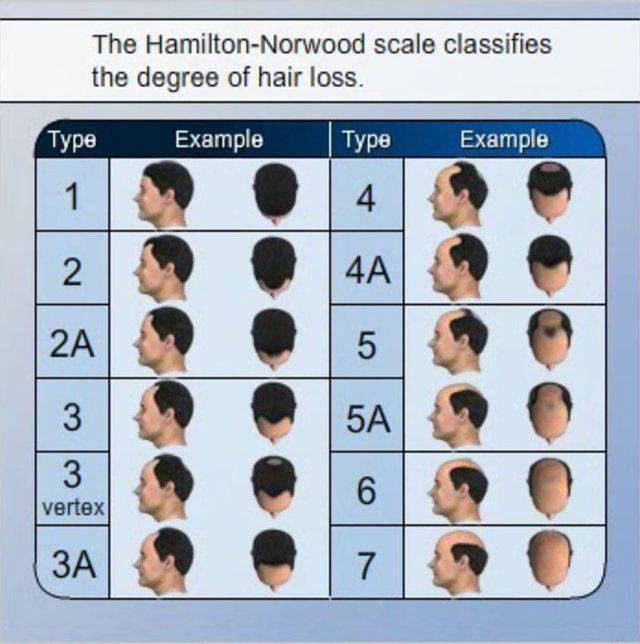 The Hamilton Norwood scale is a way of measuring male pattern baldness. It was introduced by Dr. James Hamilton in the 1950s and later revised and updated by Dr. O’Tar Norwood in the 1970s.

Level 1: Full head of hair with no visible signs of hair loss.

Level 2: Hair starts to recede around the frontal region of the head.

Level 4: Hairline has drastically receded in the frontal and temporal regions. There is beginning to show balding in the parietal region.

Level 5: The same pattern of baldness as in level 4 but there is a decrease in hair density.

Level 6: The strip of hair that once connecting the two temporal regions of the scalp is no longer visible.

Level 7: The hair has receded all the way to the occipital region of the scalp and the temporal regions no longer have hair.

Contact us today and see how we can benefit you through scalp micropigmentation or hair regrowth techniques.